Skip to content
Posted on April 15, 2015 by Vittoria Lena

Antiochus of Sulcis ( 95-127 ) was the first Christian martyr in Sardinia and the founder of the first Christian community in Sardinia. He was probably a doctor under the empire of Adriano, working in Cappadocia and Galatia, converting many people to Christianity. For this reason, Antioco was tortured and sentenced to exile in Sardinia, an inhospitable land at that time but a place where he didn’t stop his work as a doctor and as a christian and where he died. His relics were discovered in Sant’Antioco, 18th march 1615.

After 400 years absence, Sant’Antioco’s relics are finally back to the place of its discovery. On the occasion of the “holy extraordinary year”  (18th march 1615 – 18th march 2015 4th centenary of the discovery of the body of Sant’Antioco martyr), people devout to the patron of Sardinia will have the opportunity to worship his recomposed relics in the Basilica of Sant’Antioco. 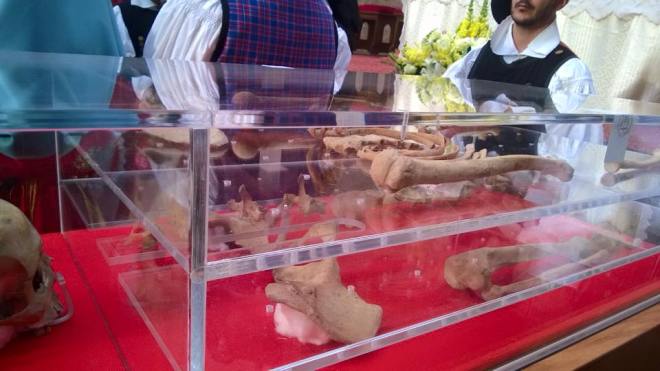